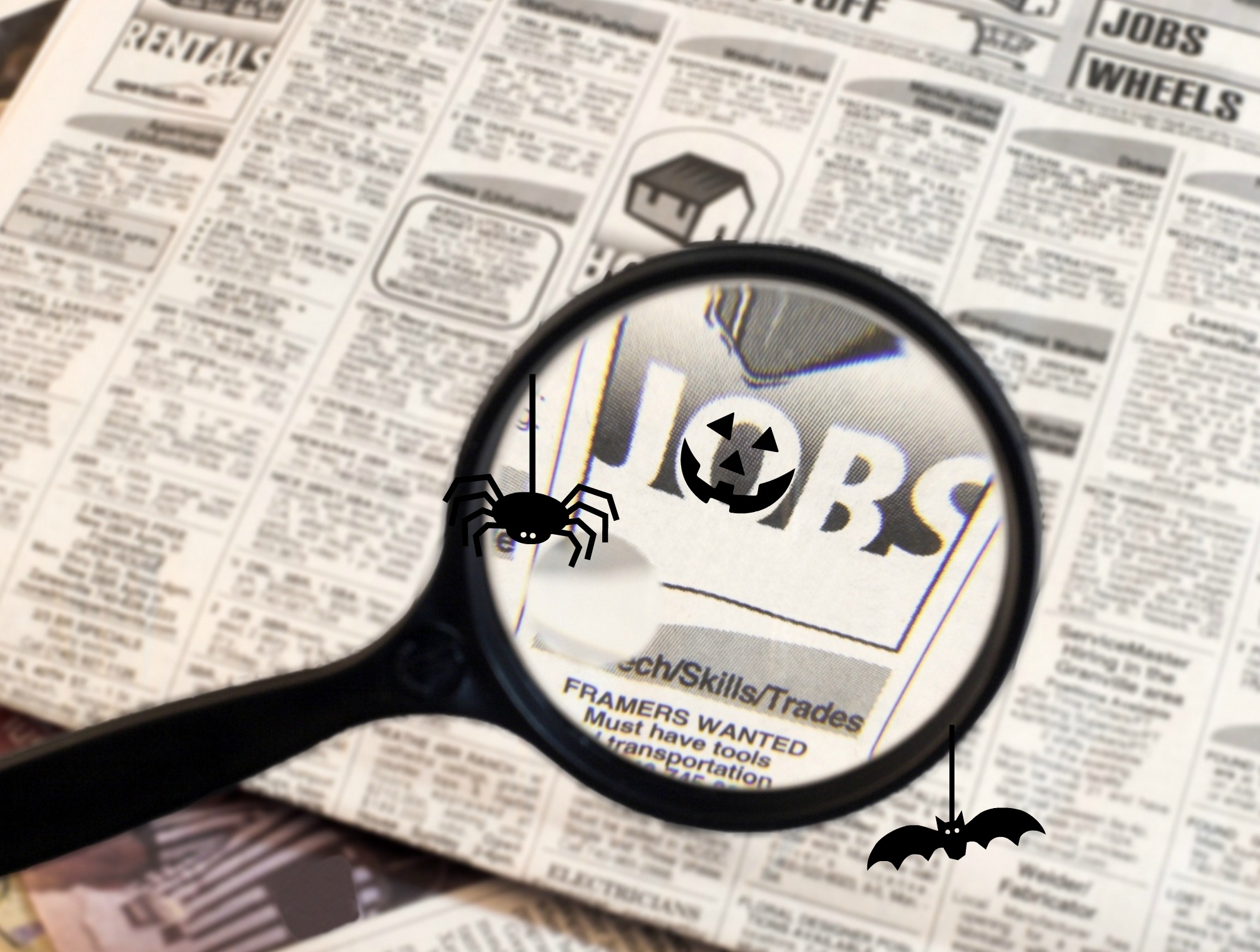 Trick or treat? That is the question when you make a new hire while crossing your fingers. Oh, the regret of being fooled. It can cost a business thousands of dollars and countless headaches. Believe it or not, some people talk a good game, but don’t have the background, experience or products to support it. Testing tells the true tale and tests rarely lie.

“The smartest business decision you can make is to hire qualified people. Bringing the right people on board saves you thousands, and your business will run smoothly and efficiently.”
– Brian Tracy

Skills testing: Testing competence with regards to on-the-job tasks would be your best indication of the candidate’s skills and knowledge. Working interviews rock!

Can the potential candidate pass the qualifying tests or do they freeze up in a way he or she might do on a big sales day? You need help immediately but don’t want to hire the wrong person. I’ve developed a proven process in The Hiring System that can help an employer narrow down the candidates logically. If you don’t use this system, use another, but definitely use some type of testing when adding to your team.

Don’t dismiss your gut instinct; it is often the best indicator. But again, the potential employee may surprise you, (for better OR worse) so don’t solely rely on intuition. Testing supports your instinct. Test, test, test.

Standardized testing: As an employer you will want to know the intelligence level of the candidate and also use tests for general personality. Aptitude tests exist for general workplace competence and industry-specific knowledge. This testing will easily separate the highly trained from the inexperienced.

“Never hire someone who knows less than you do about what he’s supposed to do.”
– Malcolm Forbes

An IQ (intelligence quotient) test will reveal an applicant’s intelligence level in order to determine who would make better executives. Because a candidate was an executive at his or her last company doesn’t always mean that potential hiree was highly effective. A high IQ can determine whether or not an interviewee will succeed. Another useful tool is an aptitude test, standardized and designed to predict an individual’s ability to learn certain skills and be evaluated on the spot. An aptitude test reveals someone’s true ability. If a candidate has a high aptitude, he or she can fly through tedious projects that may take much longer for another employee with a low aptitude. This tool is extremely valuable.

The Top Talent Assessments included in The Hiring System are based on tools that have been used for several decades in companies worldwide to determine the workplace personality profile and hiring potential of candidates. These assessments are by far the most successful and accurate tests of their nature I have found and there are a lot of them out there. It provides accurate results with which the candidate will agree. You can actually use the results not only in the selection of a new hiree but also for future employee advancement. It is quite remarkable in determining one with a lazy streak, someone who cannot follow instructions well, or one who harbors an extreme resentment to authority.

Testing is an important tool for hiring the right employee. Don’t skip this step. You’ll miss too much valuable information coming straight from the potential candidate. Testing truly gives you an edge. Be as thorough and demanding in the hiring process as you are in the rest of your business. Stack the deck in your favor and give your business the best possible chance to succeed.

I know Halloween is right around the corner, but that’s no excuse for hiring Zombies!